CREATIVE WORK
Need a quote on your next project?
JOB OPPORTUNITIES
Want to work for us?
JUST SAY HELLO
Address. Phone. Email.

Need a quote on your next project? Email us at info@keyfax.com

Want to work for us? Send us a resume. Dateline May 5th 2011 -The first in a series of live studio training events with Alan Parsons was held at the Universidad Nacional de Lanús (UNLA) in Buenos Aires on Thursday May 5th.

Written by Parsons and Keyfax CEO Julian Colbeck (who worked together on the ground-breaking Getting The Most Out Of Home Recording in 1990), the program looks at 21st Century, computer-based recording through the eyes of a man who got his start with The Beatles in Abbey Road, and who continues to tour and record successfully to this day.

Master Class Training Sessions comprise a hands-on, live recording session with Alan Parsons complete with placing musicians in the studio, selecting and plugging in mics, recording, processing, and even a basic mix. Attendees get to sit in the control room, actively assisting on the session.

The event in Buenos Aires featured local indie rockers Vaqueros Paganos and was sponsored by AES in Argentina with Sound Pro Latin America, distributors of Alan Parsons’ new Art & Science Of Sound Recording video series on which much of the MCTS approach is based.

Thirty-two students got ringside seats with Alan in the ProTools HD and Yamaha 02r-equipped control room with an additional 100 people viewing a live video feed in an adjoining theater on campus.

Master Class Training Session dates in the US will commence in July.

Dateline Jan 1st 2010 - Alan Parsons and KEYFAX Digital Video Productions have joined forces for a major new project on sound recording entitled Alan Parsons’ Art & Science Of Sound Recording. Filmed on location in Nashville, Los Angeles, San Francisco as well as at Keyfax’s Santa Cruz studios, this DVD and online video series takes you behind-the-scenes with one of the world's most successful engineers (Dark Side Of The Moon), producers (Pilot’s Oh, Oh, Oh, it’s Magic, Year Of The Cat...) and artists (Eye In The Sky, Sirrius, Games People Play...), demystifying all aspects of sound recording from soundproofing and acoustics to sampling and mixing.

Written by Parsons and Keyfax CEO Julian Colbeck (who worked together on the ground-breaking Getting The Most Out Of Home Recording in 1990), the program looks at 21st Century, computer-based recording through the eyes of a man who got his start with The Beatles in Abbey Road, and who continues to tour and record successfully to this day.

Alan Parsons’ Art & Science Of Sound Recording is currently available online (streaming or download). The 3-DVD boxed set released March 2010. A shorter edited-for-broadcast version focused more on the human side of the recording process is also in production.

Covering everything from the history of recording media through to arranging, how to mic anything from a drum kit to a kazoo, how to set up and use computer DAWs and plug-ins, how to record vocals from a rock singer to a classical choir, and much more, the program also features many artist and producer interviews from both the artistic and the scientific aspects of making records.

Dateline May 25th 2008 - Making Beats On The Yamaha MM6, a KEYFAX Digital Video Productions project directed by Robin Moore, has won top honors in the 2008 Aurora Awards Art / Culture Instruction category. This program was awarded an “Excellent” rating for all three criteria: Execution, Content, and Creativity

Given an “Excellent” rating for all three criteria: Execution, Content, and Creativity, the award coincides with the release of a new German language edition made in conjunction with Yamaha Europe.

Making Beats On The Yamaha MM6 not only offers hands-on advice for users of the MM6, it also traces the development of hip hop, and beat-making with hosts David Bortnick and Daniel Goldstein from influential hip hop outfit Nobody’s Own and independent Bay Area producer Raymond Jones.

With its extensive use of music and clear but stylized graphics the 90-minute Making Beats On The Yamaha MM6 has been an in-demand DVD in music stores worldwide and at the dedicated website for MM6 and Motif Series, motifator.com since its Nov 2007 release.

The program is also tailor made for the July 2008 released Yamaha MM8 keyboard, with whom the MM6 shares an identical function and feature set. 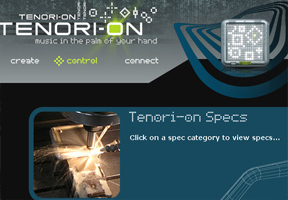 KEYFAX Appointed as North America Distributor and liaison for Tenori-on

Dateline May 25th 2008 - Yamaha Coporation of America has appointed KEYFAX NewMedia as the official distribution point and liaison for sales of the company's revolutionary new digital musical instrument, Tenori-on.

Designed by influential media artist Toshio Iwai, Tenori-on has caused a sensation on the web since being test launched in the UK at the end of 2007.

KEYFAX was appointed at the beginning of 2008, coordinating and producing two of the worldwide Tenori-on launch events in New York and San Francisco in April.

KEYFAX built a ‘tour site’ at www.tenori-on-tour.com whose content, forums, videos, podcasts and more are being transferred to an on-going US sales and community site, www.tenori-onUSA.com. KEYFAX was also hired to create a sister site for Yamaha Canada. www.tenori-on.ca is also now launched with both English and French language versions.

Tenori-on went on sale in North America May 2008; the first two shipments successfully selling out on a first-registered-first-served basis within days.

More performances, events, videos, and live and TV appearances are planned for Tenori-on throughout the Summer. 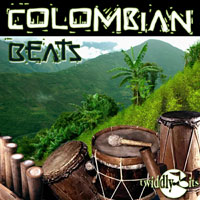 Colombian Beats comprises Atlantic & Pacific coastal rhythms including Puya and the Mapalé that are used in traditional Colombian carnival, and modern beats used by the likes of Grupo Niche, Fruko y sus Tesos, and Orquesta Guayacán.

The beats cover a wide range of styles, from Cumbia, Salsa, Mapale, and Colombia’s national dance, Bambuca, to more unusual beats such as Contradanza and Pasillo. This not only provides the aficionado with flexible, controllable Colombian beats with which to create authentic Colombian or Colombian-flavor music, it also lets producers simply looking for some spice to add to rock, dance, or a generalized ‘Latin’ production to tap into this vibrant rhythmscape. 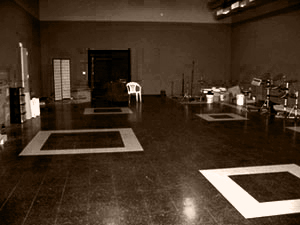 Spring 2007: KEYFAX takes over 3000 sq ft of new office space adjoining its present Santa Cruz facility for a new video sound stage, recording studio, and a live learning facility for a series of “Weekend Workshops” slated to commence in the fall of 2008.

“Although we only moved into our present offices less than three years ago we are already starting to get cramped for space,” says CEO Julian Colbeck.

“In particular, we were in need of a new and larger sound stage for our video shoots,” says Colbeck. “Plus we have reached the stage where our Audio and Video departments need completely separate edit rooms. The new space also gives us room to start something we have been wanting to do for many years: live workshops.”

The Weekend Workshops will initially focus on core technologies and techniques that KEYFAX has developed over the past 13 years including Cubase, MIDI, Sound Design, and the Yamaha Motif platform.

“We have produced more than 20 full-length training DVDs, we publish 10 websites, and I have personally written a dozen or more books on music technology. But there’s always been a demand for hands-on, personal tuition,” says Colbeck. “Now that everything in business seems to be going virtual this is the perfect time to go physical. Who wants to follow when you can lead?”